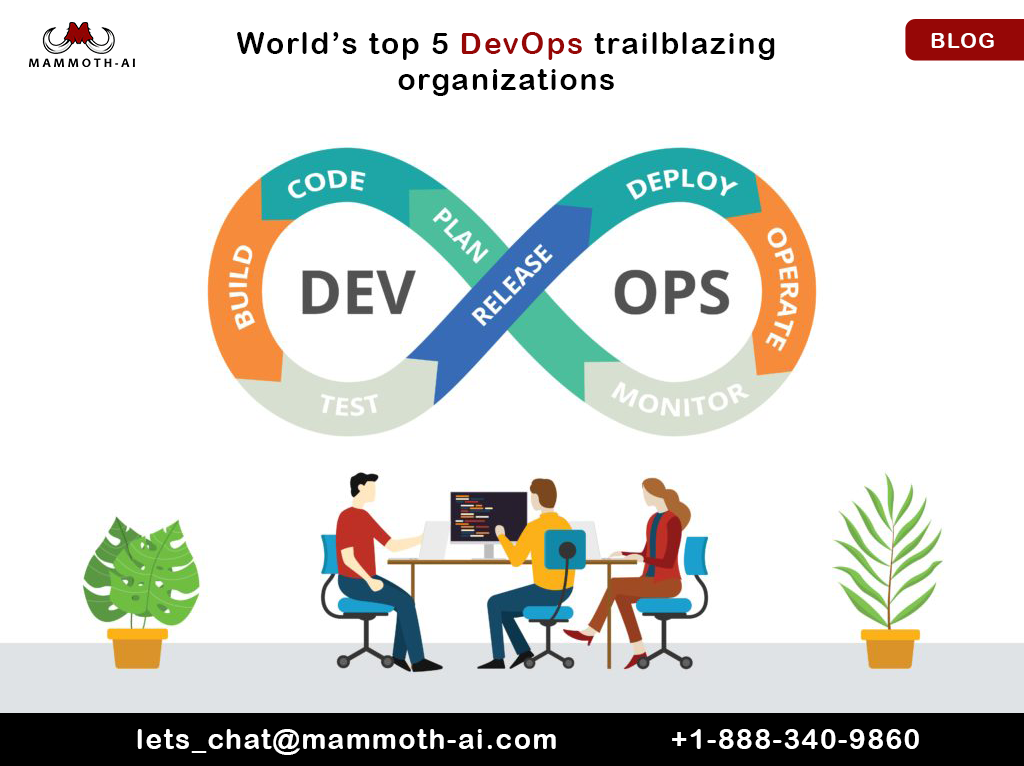 There are lessons to be learned from organizations that getting DevOps wrong. Now here’s what can you learn from the ones that are doing it right. These five trailblazing companies exemplify the possibilities of DevOps.

Back when Amazon was still run on dedicated servers, it was a constant challenge to predict how much equipment to buy to meet traffic demands and pad estimates to accommodate for unforeseen traffic spikes. As a result, about 40 percent of Amazon’s server capacity was wasted—and during the Christmas shopping season, when traffic could triple, more than three-quarters could be left unused—along with the money spent to purchase it.

Once the online retailer moved to the Amazon Web Services (AWS) cloud, it allowed engineers to scale capacity up or down incrementally. Not only did this reduce spending on server capacity, but it also spurred a transition to a continuous deployment process that allows any developer to deploy their own code to whichever servers they need, whenever they want.

Within a year of Amazon’s move to AWS, engineers were deploying code every 11.7 seconds, on average. The agile approach also reduced both the number and duration of outages, resulting in increased revenue.

When Netflix evolved its business model from shipping DVDs to streaming video over the web, it waded into uncharted waters. There weren’t any commercial tools available help keep the company’s massive cloud infrastructure running smoothly, so it turned to open source solutions. Enlisting the volunteer help of hundreds of developers, it created the Simian Army, a suite of automated tools that stress test Netflix’s infrastructure and allow the company to proactively identify and resolve vulnerabilities before they impact customers.

Since then, Netflix has continued its commitment to automation and open source, and today engineers deploy code thousands of times per day. This year, Netflix was unanimously selected for the JAX Special Jury Award, with JAXenter editor Coman Hamilton declaring, “The rate at which this entertainment game-changer has adopted new technologies and implemented them into its DevOps approach is setting new standards in IT.”

Inside Target, several groups have been evangelizing DevOps for years. According to technical architect Dan Cundiff, what “started out in small corners of development and infrastructure teams has since caught on like wildfire.”

He’s not exaggerating. These days DevOps not only powers the development of projects like Cartwheel, Target’s mobile savings app, but also has transformed the organization’s culture. Target now hosts DevOpsDays for its internal teams, featuring demos, open labs, lightning talks, breakout sessions, and guest keynotes. It also continues to spread the good word through the business community by sponsoring Minneapolis DevOpsDays meetups.

While Walmart is the king of big box retailers in the American heartland, online it has always struggled in the shadow of Amazon. To gain ground, it assembled a cutting-edge team through several tech acquisitions and founded Walmart Labs, the retailer’s technology innovation and development arm, in 2011.

WalmartLabs has taken a decidedly DevOps approach to its mission. It incorporated OneOps cloud-based technology, which automates and accelerates application deployment. It has also created several open source tools, including Hapi, a Node.js framework for building applications and services that allows developers to focus on writing reusable application logic instead of spending time building infrastructure. More recently, it deployed more than 100,000 OpenStack cores to build its own private cloud, and it continues to evolve its agile approach.

Nordstrom’s development model still included a waterfall delivery method, big batch releases, and lots of shared services when it undertook rewriting its in-store clientele application. When it finally launched the program two and a half years later in 2011, it was already irrelevant. “It was a big wake up call for us as an organization that we had to figure out a way to deliver in this new context,” says Courtney Kissler, vice president of e-commerce and store technologies.

Nordstrom’s customer mobile app team was the groundbreaker for its DevOps makeover. After surfacing the reasons behind mobile’s 22- to 28-week lead time, the team broke down the divide between dev and product support and organized squads around value. The company also migrated to continuous planning and moved to a single backlog of work. As a result, bugs went down, throughput went up, and releases went from twice per year to monthly. More importantly, Nordstrom realized these methods could work for any team, and it’s continuing to apply them across the organization.

Who is the next DevOps leader?

You don’t have to be a hot web company or a monster enterprise to be a DevOps leader. Companies large and small, young and old, have magnificently made the transition and have the proof of success in their pockets. Who did we miss on our list of DevOps leaders? Sound off in the comments below and name your favorite innovator.