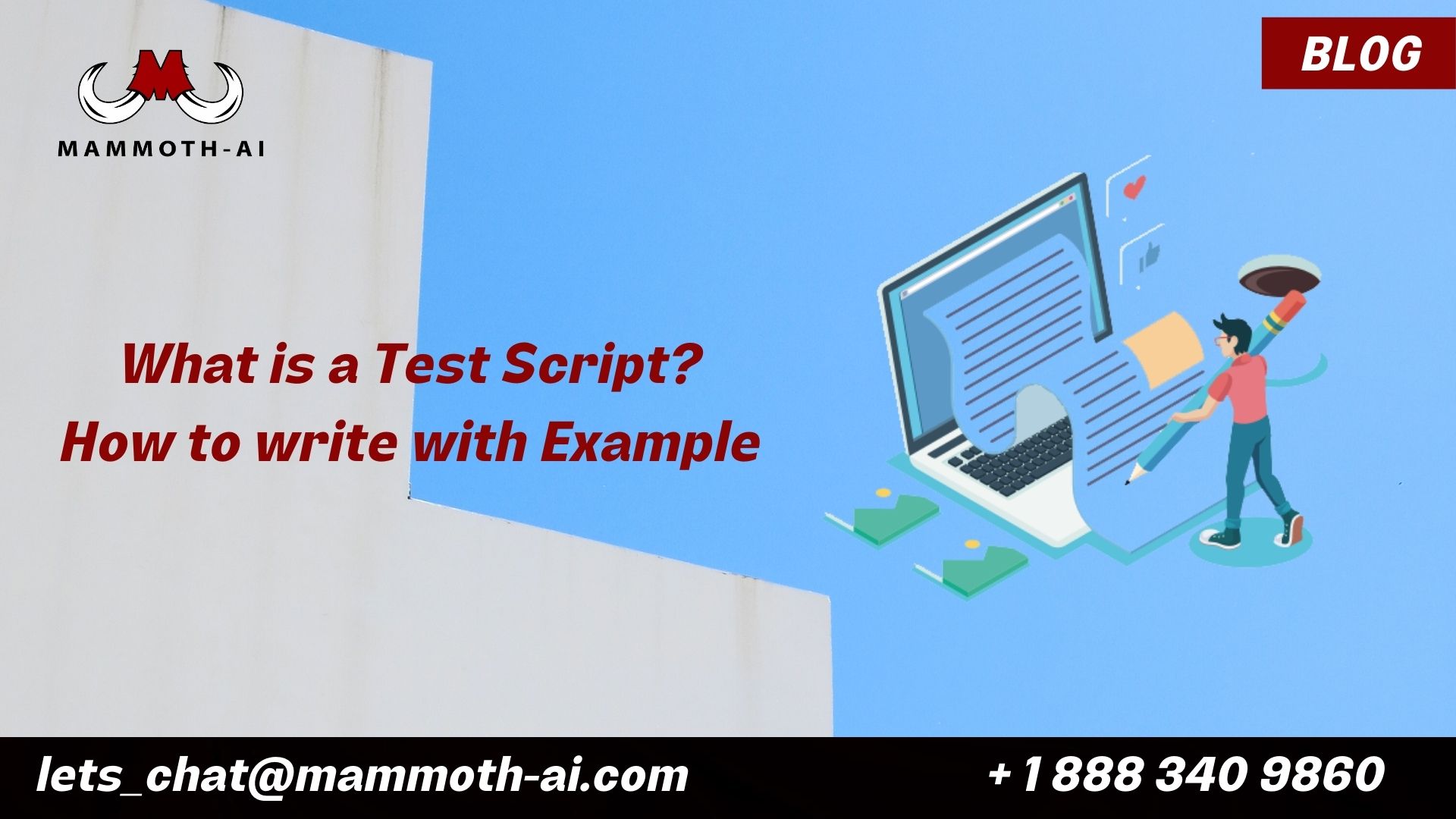 What is a Test Script?

Test scripts are a line-by-line summary of the system transactions that must be performed in order to verify the program or system under test. Each phase should be mentioned in the test script, along with the expected outcomes.

This automation script enables software testers to thoroughly test each level on a variety of devices. The actual entries to be executed, as well as the predicted outcomes, must be included in the test script.

How to Write a Script

There are three different ways to create a script:

Instead of simply recording the user’s behavior, the tester must write some code in this form. However, the tester may be required to code in order to correct errors or fine-tune the automation behavior.

Since you already have the full code, this approach is simpler than writing a complete script from scratch. It’s most commonly found in a condensed programming language like VBScript.

There is a strong distinction between testers and developers in this process. The tester describes the test using keywords rather than the underlying code in data-driven scripting.

The developers’ task here is to implement the test script code for the keywords and to update it as needed. As a result, the tester does not have to be concerned about the device while using this process. For any new features you choose to test automatically, however, they will heavily depend on development capital.

If you choose to build test scripts this way, you will usually be able to record or replay the results and produce a simple script.

However, as a tester, you will eventually need to learn how to code simple scripts in addition to record/playback. Even if your application is written in Java, you have the option of choosing your programming language.

Example of a script

For instance, to test a website’s login feature, your script could do the following:

Tips for creating a Script

Here are a few helpful hints for writing a test script:

Your script should be easy to understand. If the tester is continually asking the project manager for information about the submission. This is a complete waste of time and money.

To prevent this, make sure that each phase in the script is straightforward, succinct, and consistent at all times. This makes the testing process go more smoothly.

You should write a script that only asks testers to perform one particular action. This ensures that each feature is thoroughly checked and that no steps in the software testing process are overlooked.

To write the script, imagine yourself in the shoes of the user and determine which paths to test. You should be able to think beyond the box to anticipate all of the various paths that users may take when using a device or program.

When to use the script approach?

Here are the reasons for using the Test Script.

What is a Test Script Template?

Template is a reusable formatted document that contains pre-selected information that is necessary to create a functional test script. This document establishes the level of detail in your experiments as well as the details that should be used in each test case.

1635 Replies to “What is a Test Script? How to write with Example”