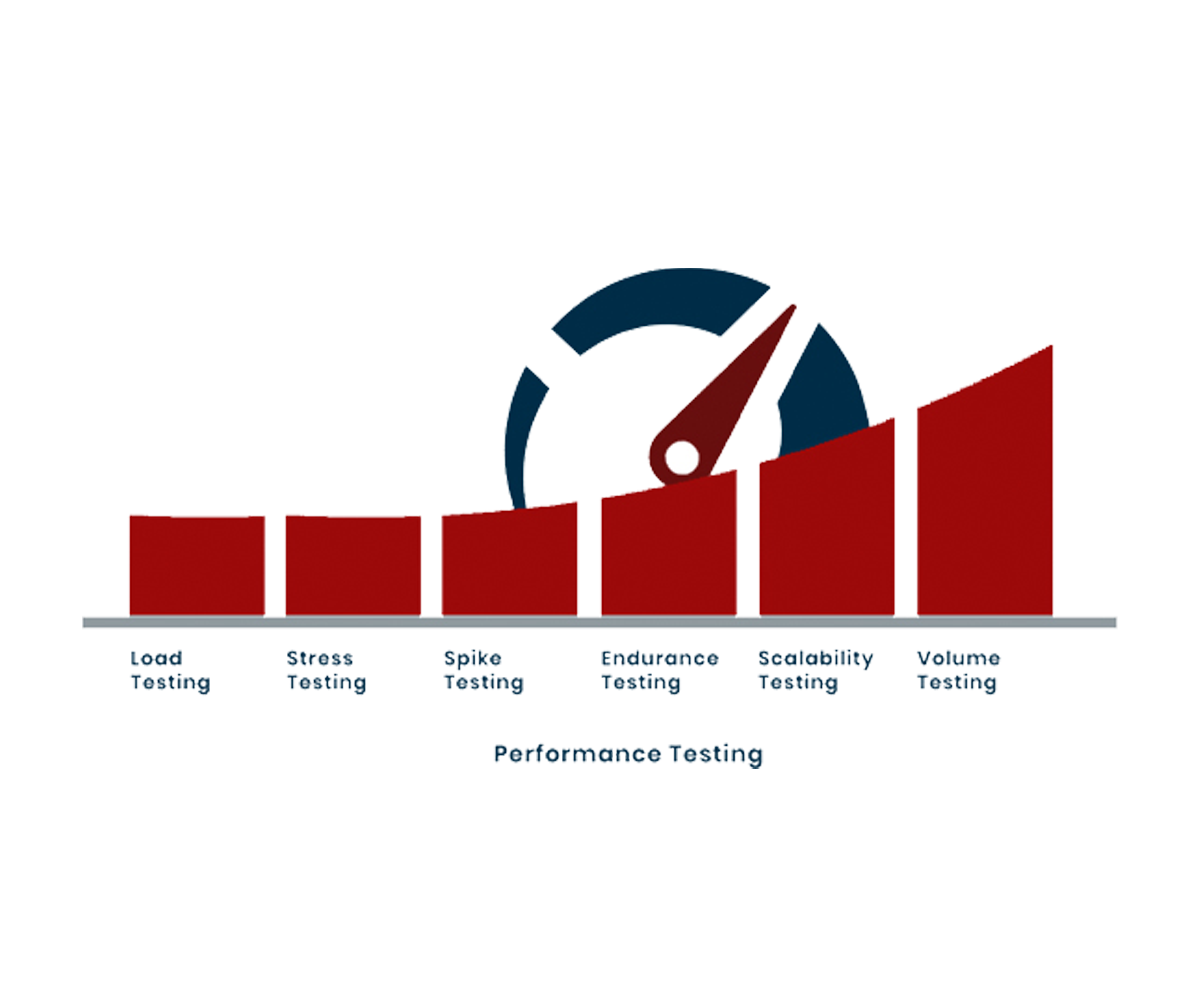 DevOps is a trend shifting technology that boosts communication and collaboration to quickly build better-quality and reliable automated mechanisms. DevOps aims the process of automating and integrates it among software development and IT teams to make the production, testing, and deployment of the software faster and more reliably. Italso focuses on the shift in mindset and tighter integration while making development and operations teams more efficient, enhances innovation, and bring more value to bothbusinesses and customers. It integratesagile,automation, git,continuous delivery, and much more, to achieve business goals.

DevOps in the Automotive Industry

Following are some core benefits of DevOps in the Automotive Industry including:

Modern automobile companies are launching their new products with many digital features. The development teams write millions of lines of code to ensure the reliability and safety of the functions performed. Such enhancements in technology have led automotive software developers to a new challenge.

Before DevOps, the open-source tools based on CI/CD practices were followed by the Connected Cars Platform team. These required an Atlassian Bitbucket version control repository, alongside a Jenkins automation server which is then managed by a JFrog Artifactory repository manager. As the overall process wasn’t completely CI. Each in-carapplication required a unique custom pipeline, which needed some manual effort. There were different parties to deliver software binaries, integrate them, and test them as well which required a long integration cycle.

Now, the CI/CD pipeline is backed by Azure Pipelines (by adopting DevOps). Azure is providing a pipeline template to application development teams for the automotive industry as a YAML file where developers can start using it without having a deep knowledge of how DevOps works on Azure.

The use of containers shortened the testing for developers of how the app appears or behaves. A developer builds self-contained applications and deploys containers into theplatform instead of waiting to flash the complete hardware device on a schedule. All thatneeds a developer to run the whole system locally is an emulator that runs on a laptop or in Azure Virtual Machines.

An operations dashboard is built to monitor the container-based car service using AzureMonitor that gives a full X-ray of operations. Before the implementation of DevOps, the team used Elasticsearch for logging, and to monitor the operations.

In DevOps Enterprise Summit London 2019 the Voice President of IP GovernanceChristoph Brinckand Vice President of IT DeliveryRalf Waltram assured that their products are now 100% agile and DevOps-ready. While discussing their journey towards agility and DevOps they displayed their integration cycle where the process of infrastructure provisioning is now out of the box and the requirements, architecture, and design, and implementation processes are given the same priority to fasten the process and in a result, the deployment cycle takes 2-3 days for completion instead of 30 days as shown below, which is a huge change and a great achievement. 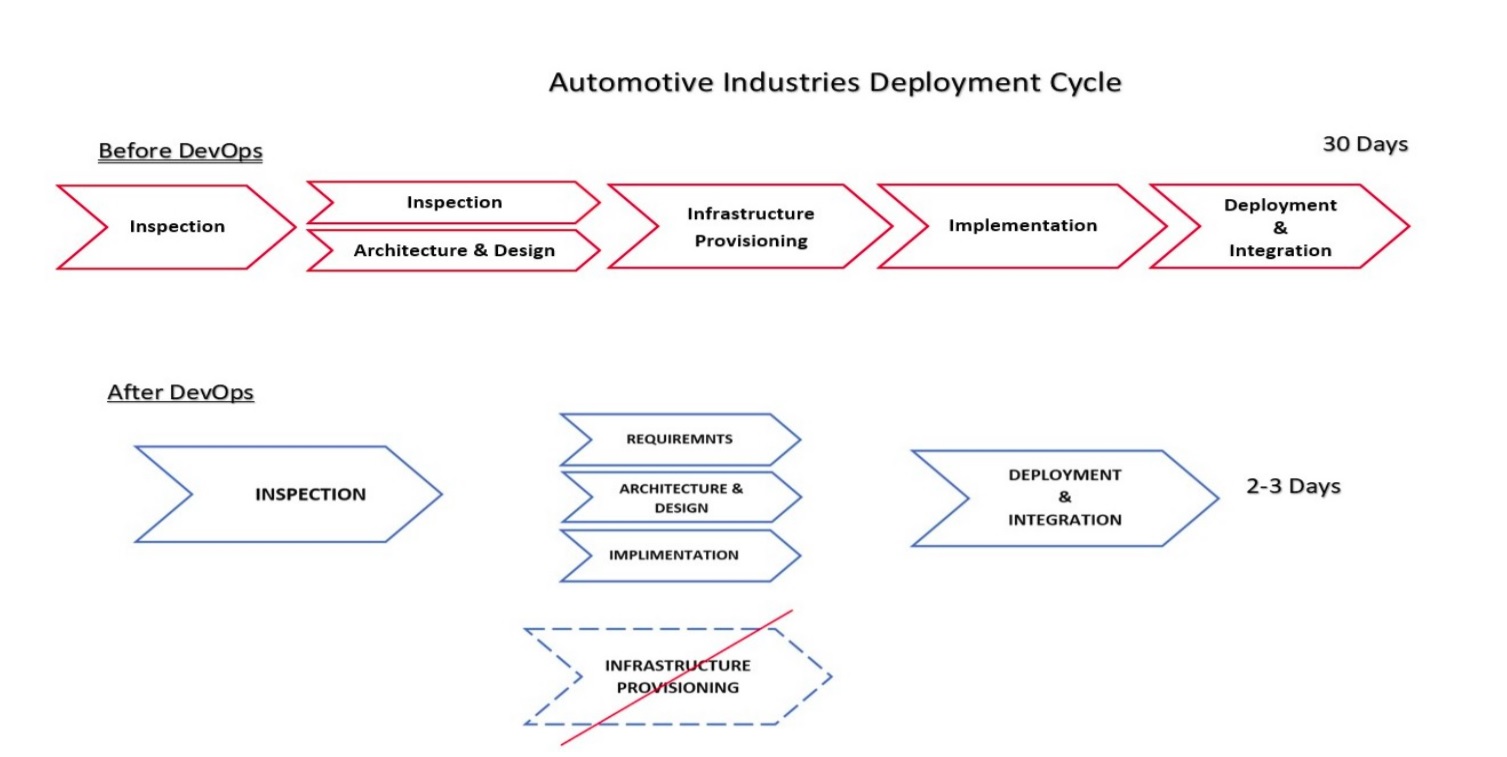 All we get from implementing DevOps in the Automotive Industry is parallel tasking which leads us to reduce the release time. Larger brands like Mercedes, Audi, and others are hiring their DevOps experts and combining their development and operational teams to more out of it.

2369 Replies to “Impact of DevOps on Automotive Industry”